The band Trettioåriga Kriget was formed by members Stefan Fredin and Olle Thörnvall while they were still in high school. According to Fredin, during a history class Fredin shared with another original member Pocke Öhrström, “After a history lesson covering the Thirty Years’ War, we both found that this name was perfect for the band. Reason was that it sounded both powerful and Swedish”.[1] The group was a six-piece at first, including members Dag Lundquist, Johan Gullberg (who has since designed album covers for the group), and Dag “Krok” Kronlund. Gullberg, Öhrström, and Gullberg left the group in 1971.[2] Singer Robert Zima joined shortly afterward, along with guitarist Christer Åkerberg in 1972. A year after they received a record contract from CBS Records and recorded their debut Trettioåriga Kriget (1974), along with Krigssång (1975). In 1977, multi-instrumentalist and Fredin’s and Thörnvall’s former schoolmate Mats Lindberg joined the group and with him, they recorded Hej på er (1978), and Mot Alla Odds (1979).

After Zima left the group in 1979, the band temporarily shortened their name to “Kriget” and released one album under that name, Kriget (1981). Afterward, the group split up due to the members wanting to pursue solo careers. The group then reunited on two occasions in the ’90s; once in 1992 to celebrate the re-release of Krigssång and without Lindberg, and in 1996 for two concerts in Mosebacke Etablissement in Stockholm, with Lindberg but without Zima. Then the group permanently reunited in 2003 with the return of both Lindberg and Zima and released Elden av år (2004), along with I början och slutet (2007), Efter efter (2011), and Seaside Air (2016), the last in English.

To start, I would like you to tell a little about your own story as well as the band. Telling about the band’s birth to the present day and what happened during the band’s hiatus in the ’80s until the return with the wonderful “Elden Av År” released in 2004.

Stefan Fredin – After 5 albums and extensive touring during the 70s I think we were all really exhausted. That’s why we decided to split the band in 81. During the 80s I made one solo album and some solo singles under the name ”Fredin Comp”. As usual, Olle wrote the lyrics and he also published the first of many books to come.

Dag worked as a producer and engineer to many Swedish artists and bands in his own studio, Christer worked with his own blues-rock band called ”George T Rolin Band”. Robert had his own cover band and also worked a bit with Roine Stolt. Mats had a synth duo called ”Tredje Mannen” with founder TK guitarist
Pocke Öhrström.

However, our albums continued to sell, even in many countries outside Sweden, and in1992 Stefan Dimle at Mellotronen convinced me, Dag and Robert, to do an acoustic set during the release party for the CD release of ”Krigssang”. In 1996 we had a full reunion at the Progressive Rock Festival here in Stockholm. In 2001 we started to rehearse some new songs intended for a ”Best of” album. While in the studio we realized that we were actually working on a new album which of course became ”Elden av år”.

Eric De Rosa – What are your biggest musical influences and how did you become interested in the bass?

Stefan Fredin – My biggest musical influence whatsoever is The Beatles.

I think I became interested in the bass guitar because I just loved the sound of it….Deep and powerful!!

Eric De Rosa – How do you define Trettioåriga Kriget’s music and how does the group’s composition process work?

Stefan Fredin – I would define TKs music as progressive rock with a hard rock edge, although different songs vary quite a lot from each other: some long,
some short, some very tough and riffy, some more like ballads.

The normal routine for writing new songs in TK is that I have an idea which I play for Olle. If he likes it he takes it home and writes the lyrics for it. Then I take the song to the band rehearsal and present it to Dag and Christer for arranging. At those arranging and writing rehearsals there always only the 3 of us. Robert and Mats do their arrangement and overdubs in the studio.

Eric De Rosa – What is the importance of the themes and lyrics in the composition of the songs, considering that the band has an excellent lyricist, Olle Thörnvall?

Stefan Fredin – Of course the lyrics in TK are very important having such a skilled lyricist as Olle..Often there is a theme in each album even though it does not necessarily have to be a concept album. It has a lot to do with mood, and quite often Olle and I find that words and music fit together almost unconsciously. The same goes for the relation between the different songs.

Eric De Rosa – What is Trettioåriga Kriget’s formula for so much genius in composing, mixing virtuosity with very high musicality?

Stefan Fredin – Oh…thank you so much for the compliments….

I think our idea right from the start when we formed the band was to have had good ideas and songs combined with good playing ….and of course also outstanding lyrics…Needless to say, we had to work quite hard to achieve that goal.

Eric De Rosa – How do you see the progressive music scene in Sweden in general? A country that has a great tradition in rock and also excellent bands of progressive rock, some even considered dark pearls.

Stefan Fredin – It all started in the late 60s here in Stockholm with bands like Hansson & Karlsson, Mecki Mark Men and Träd. Gräs och Stenar …

Of course, the progressive music scene here in Sweden has been very good for many years now with bands like Flower Kings, Opeth, Anekdoten, and Änglagård to name a few…

Eric De Rosa – How does it feel to know that your work has a global reach?

Stefan Fredin – Honestly it is hard to fully understand it. I just feel very grateful and humble about it, When we started the band we could not in our wildest dreams
imagine that also people outside Sweden would be interested in our music. And for such a long time!!!

Eric De Rosa – I would like to know what is the band’s schedule regarding the future and what is the biggest challenge for the coming years.

Stefan Fredin – We will release our new album ”Till horisonten” (To the Horizon) on the 26th of March 2021. As for concerts, of course, no one knows at this moment when it will be possible to do them again. We can just hope for a quick return to normal again.

Eric De Rosa – In your opinion, what is the album that you like the most about Trettioåriga Kriget? All are great, but do you have any favorites?

Stefan Fredin – My favorite TK albums are ”Krigssang” and ”Elden av år”
Plus of course the new forthcoming album ”Till horisonten”.

Eric De Rosa – What song did you have the most work on writing? Considering its complexity.

Stefan Fredin – Probably ”Krigssång II” that covers one side of the ”Krigssång” album.Then ”Ljuset” and ”Lång historia” on the ”Elden av år” album also took a lot of work to complete.

As did ”Forgotten garden” on the ”Seaside Air” album. On the forthcoming album, the 13 minutes long instrumental track, ”Vägen till horisonten” (The road to the horizon) is built around me, Dag and Christer jamming and rehearsing. It took almost 2 years to complete it.

Eric De Rosa – The beautiful history built by Trettioåriga Kriget in the world of music is already eternal. We fans will always support you unconditionally. Thousands of people, day by day, are impacted by music, in an indescribable way. Given these facts, when did the band and you, specifically, become aware of this?

Stefan Fredin – In the 70s we found that our music went down well when we played in Scandinavia and during a month-long tour of England.

But what has happened in the 21st century we could not imagine until it actually happened. We started to suspect something was going on when we got the response on the ”Elden av år” album from all over the world.

Eric De Rosa – This year (2020) is being difficult for the world due to the pandemic. With regard to Trettioåriga Kriget, what was the biggest impact in terms of projects and the future?

Stefan Fredin – The new album has been delayed. Our concerts have been canceled both in Sweden and abroad. Pity!

Eric De Rosa – Being a reference for new bands that appear in Sweden and even in other countries is part or has it been part of some goals established by you?

Stefan Fredin – No. When we first formed the band we just wanted to create our own music. Learning later that we inspired other bands like Änglgård and
Opeth and others are just such an honor that we feel humble about.

Eric De Rosa – Looking ahead, how would you like Trettioåriga Kriget’s legacy to be seen, remembered, and appreciated by future generations?

Stefan Fredin – I would like us to be remembered for always following our hearts and being true to ourselves and our creative goals Also for always trying to do our best on our concerts no matter how big or small the audience was.

Eric De Rosa – I want to thank you immensely for your illustrious presence at ProgSky and leave the space open for future participation. We ask you to leave a message for the various Brazilian fans who dream of someday being able to see Trettioåriga Kriget live.

Stefan Fredin – I want to thank you all for your support and positive energy, it means so much to all of us.

The concerts we did in 2007 in Rio and Macao will always be in our hearts…It would just be a dream come true to come back again to Brazil and play for you. Let’s hope this dream will come true.

This Interview was released by ERIC DE ROSA. 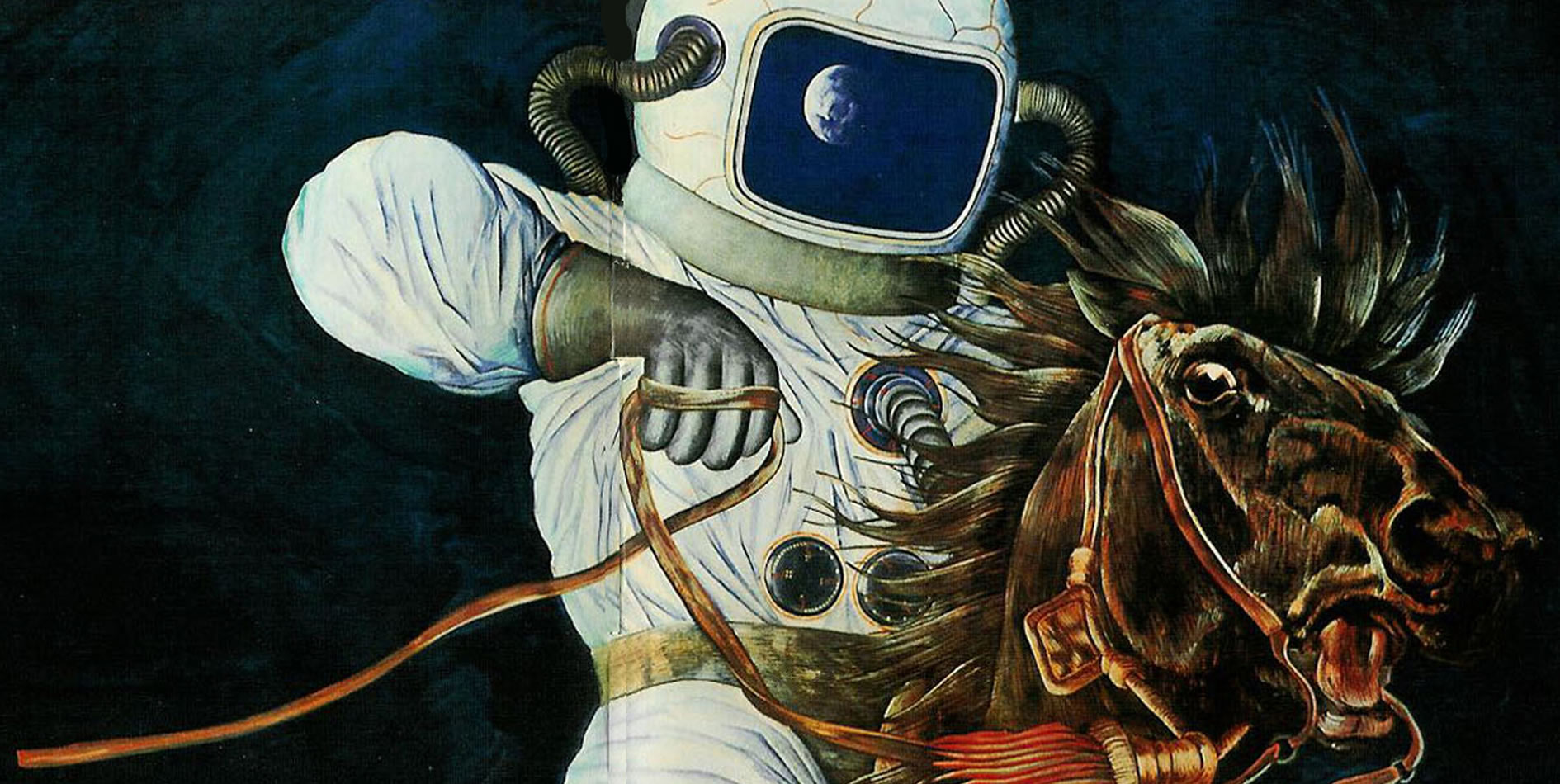